Online Progressive Pokies have really captured the gamers’ market in a big way since they entered the gambling scene in the early 1990s. Originally being known as fruit machines, these games made their way onto the Internet through online casinos and quickly became popular. And now, we have Progressive Pokies paying out impressive winnings to lucky players. Over the years there has been a number of Australians turning into instant millionaires thanks to these treasured pokies.

Progressive Pokies are pokie games that have been built into a network of many, where each player’s bet contributes a percentage to a common jackpot. In effect, this results in an ever-growing jackpot. These jackpots are typically colossal, even going into the millions, because they continue growing in volume until a very fortunate player wins it.

Pokies first came to life in 1895 thanks to Charles Fey. This was in the United States. This first pokie game was called Liberty Bell. It wasn’t long after this that the phenomenon of pokies caught on in Australia, even at the time when it did, Gambling was illegal. Nonetheless, the popularity of pokie machines kept growing in underground gambling rooms. By 1953, an Australian, home-grown, pokie machine called Clubman had been created by a company named Aristocrat. 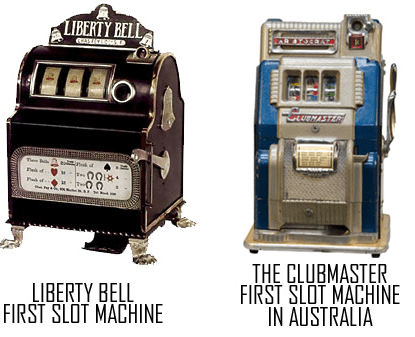 Pokie machines went full swing in Australia in 1956 following the legalization of gambling machines in licensed gaming outfits. Since then, pokie machines grew fancier and fancier, from being simple machines with three reels and a handful of paylines to having flashing lights, 5 reels, as many as 20 and more paylines. Pokies also went from being electromechanical to being video based, which happened in the 1980s.

Progressive Pokies in Aussie To Date

Today, pokies have become something of the norm and necessity in casinos, especially online casinos. These little treats developed from a basic and ‘primitive’ stage to offering larger payouts, vivid graphics, and impressive sounds, and of course, they are now available online through a home computer, and via Mobile devices like smartphones and tablet devices.

The Beginning of Progressive Jackpots

The technology advancements that have occurred over the years have also allowed for a new way of winning with pokies in Australia; Progressive Pokies. From the 1980s, game developers began fiddling with the idea of offering players a chance to win bigger with pokies.

Developers started connecting a few machines of the same game, building a linkage where each player’s bet contributes to a single jackpot of that game. These connections grew larger and larger and today the networks can get so large that each player’s contribution to the game’s jackpots quickly reaches millions of Australian Dollars.

If the jackpot keeps growing and growing without anyone winning it, which often happens, the eventual winner can easily end up a multi-millionaire. Progressive Pokies are one of Australia’s most effective ways for Aussies to have great fun and win big, especially since these games offer a more favourable edge to the player than other casino games.

Progressive Pokies are popular in Australia, and around the world for these following reasons:

First and foremost it is hard to ignore or deny the attractiveness of Progressive Pokies’ huge winnings. The network structures of these pokies make it the ultimate millionaire-maker in gambling games. Furthermore, the more popular the casino game is, the bigger the jackpot tends to be. For example, Mega Moolah is a big hit among players, and thus it is known as the largest jackpot pokie game.

Progressive Pokies are also very easy to play. They are just like playing any other pokie games, needing very little skill or proficiency in gambling. All you need is the basics of playing online pokies and a wager.

Pokies, including Progressive Pokies today, are stunning. Game developers have not left anything out in making sure these games as aesthetically appealing as possible. Progressive Pokies are designed with colorful and explosive graphics, and also feature engaging sound effects. They also have features like bonus rounds and Free Play multipliers which make payouts even larger, and more attractive.

As mentioned before, playing Progressive Pokies is very simple. All you need is to choose a pokie game, select your coin size, number of coins and paylines, press ‘Spin’, and let the fun begin. With luck on your side, the winning combination and the jackpot will be yours, no skills or long playing history needed. Although this may be the case, there are things to keep in mind when aiming for that humongous jackpot, and a few ways to improve your chances of getting your hands on it.

Be informed about the online Progressive Pokies that are currently around and decide which you want to pursue. Watch their jackpot growth and size, and go for the one that you connect with the most.

Every progressive Pokie will have requirements that you first have to fulfill in order to legible to win the jackpot. For instance, usually, you would have to bet the maximum amount set for the game. In some games, you could win with a minimum bet, but going for the maximum would push your luck further.

Get Strategic with Smaller Progressive Pokies

As often as possible, target smaller Progressive Pokies with jackpots that are sitting at hundreds of thousands since they are easier to win. The multi-million progressive jackpots pay out less often and are harder to nail.

When you do go for a multi-million dollar progressive jackpot, be strategic about your timing. When the jackpot is at an all-time high or at a point that attracts you, tackle the game before someone else comes in and whisks away the loot.

You can try playing the game with a minimum bet, leave it on auto-play while going on to another game. Check first if this is permissible in that particular progressive pokie.

Remember to have fun! Whatever you do, be sure to play a progressive pokie that gives you the playing satisfaction you want, it’s a game after all.

How are progressive Pokies different from other pokies?

Standard pokies have a fixed jackpot that a player with the winning combination can win. However, Progressive Pokies do not have a fixed jackpot. Instead, their jackpot is constantly growing as each player makes a bet. These pokies are made into a network; many (if not all) games of the same pokie connect and each time a player wagers, a percentage of that wager contributes to a common jackpot, along with all other players wagering on that game. Thus it ‘progressively’ grows until someone wins it.

Should I bet the maximum amount when playing Progressive Pokies?

Yes. As a general recommendation, it is good to bet the maximum on a Progressive Pokie. But in specific terms, some games do actually require you to have bet the maximum amount before you are even eligible to win the jackpot. In cases where this is not a requirement, it is still advisable to bet this way in order to improve your winning chances.

Are there strategies to playing Progressive Pokies?

Pokies, no matter the type, rely on luck and chance. They also use Random Number Generators to determine their results, so it not possible to predict the outcome. However, there are playing strategies that can help your chances to a degree. For example, betting the maximum amount allowed, playing a progressive pokie that you truly enjoy and tackling Progressive Pokies with lesser jackpots as they pay out more frequently than the huge, multi-million dollar ones.

Are progressive Pokies available on Mobile?

Yes. Though not every single game that you can access via your PC is available for mobile play. You will be able to access and play some Progressive Pokies on your smartphone or tablet. These are fully up to date to the small screen. So they have a smooth gameplay and look just as beautiful as they do on the desktop.