Online Sic Bo is a game played by betting on the outcome of three rolled dice. Players make their wagers, and the dealer rolls the dice inside a box and then opens it to reveal the outcome. This game has been highly popular among the Chinese, who are thought to have invented it. But now it has spread to all corners of the world in the form of Online Sic Bo and is loved by many gamblers. 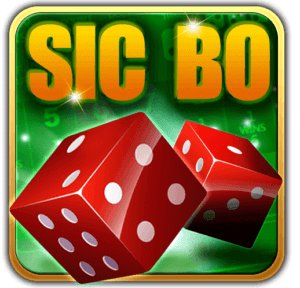 Looking Into the History of Sic Bo in 2018

Sic Bo has transcended time and many cultures, almost unchanged. This Chinese game has been around for about 1 900 years, being enjoyed by the Chinese people long before they even had paper. Sic Bo was then played with small painted rocks, dice, and tiles. The name Sic Bo is said to translate to ‘precious dice’ or ‘dice pair,’ then later giving off the idea that it may have been a two-dice game. Its other names are Tai Sai, Dai Siu, and Dai Sai, which mean ‘Big Small.’ The idea behind the game, however, remains the same. 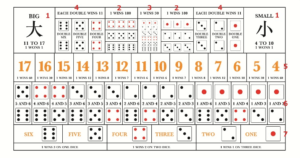 Sic Bo voyaged to the United States through Chinese labourers and migrants who were working on the construction of the coast-to-coast railway back in the early 19th century. For a long time, it was only known to the Chinese people even during their working period in the states. However, between 1920 and 1940, with other influxes of labourers, the non-Chinese there finally got to know about the game.

Quite like Craps, Sic Bo was played like a carnival game in the States at that time. It went through modifications and was even renamed to Chuck-a-Luck and Birdcage, each having its differences to Sic Bo. In the United Kingdom, the game was also making waves and renamed to Grand Hazard. Irrespective of what was happening to the game of Sic Bo in other places, the Chinese preserved it as they know it. It made its way to all Chinese gambling establishments around the globe, gaining much popularity as it went. 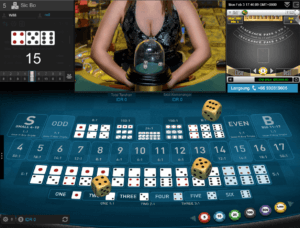 As you have already picked up, Sic Bo has not changed much over the years, or at least, the attempted modifications did not influence the Chinese to alter the main game. So today Sic Bo is still played the same way it was in ancient times, of course now it has new dice and is played in casinos with all the fancy equipment. But the advancement of technology brought on an interesting twist to the way the world plays this game. The Internet has made way for online casinos, which in turn made way for Online Sic Bo.

Sic Bo players can now access this beautifully preserved gambling games straight from home, through their internet-enabled computers, and even through smartphones or tablets. At Jackpots Casino, we have gone to the trouble of compiling vital information regarding the best way to play Sic Bo and the online casinos that offer the finest experience of the game.

How to Play Online Sic Bo

Online Sic Bo remains faithful to the original concept and rule of game of Sic Bo. Australian players enjoy playing the game. Here is a breakdown of how this simple game is played online: 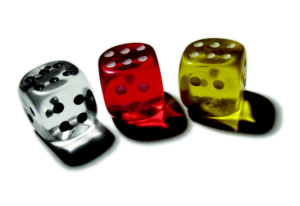 Several possible wagers can be made on Online Sic Bo. 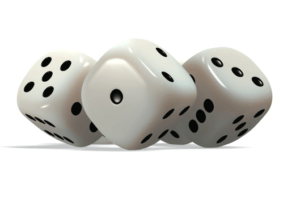 With Online Sic Bo, you can choose if you want to go ‘High-Risk’ or ‘Low-Risk,’ and or course the high-risk bets have a greater reward potential. The best way to determine your preference is to judge what you can and cannot afford to lose.

Choose wagering options that minimise risk, but give you a good return. The more risky options like ‘Triples’ have attractive payouts of 150:1 or more, but the risk is very significant as well. So try to pair high-risk options with low-risk ones.

Make use of the Progressive Betting Systems like the d’Alembert, 1-3-2-6 Betting System, and the Labouchere Betting system. Used on low-risk wager options like Big or Small makes this strategy a good way to minimise losses, especially because they buy you time to lose without having to make up the money with big wagers until you start winning.

d’Alembert – is based on the assumption that over time, the wins and losses you accumulate will equate. If you lose, you will need to increase your wager but only by one unit. But if you win, your wager is reduced by a unit.

1-3-2-6 Betting System – this system increases the bet as you win, instead of increasing with the wins. When achieved well, the losses will be offset by the wins.

Labouchere – this is somewhat the opposite of the 1-3-2-6 betting system where the wagers increase with the losses. It works on a series of a few numbers, where you bet on the first and the last numbers on the series. If you win, the numbers are cancelled out, and then you bet on the last two. Should you lose, the loss is added to the series, and you again bet on the first and last numbers of the series. This goes on until all of the figures have been cancelled out.

Any Double – a wager on the outcome of two matching dice also called Any Pair.

Any One Number – a wager on the prediction that a specific number will be rolled on at least one dice.

Any Triple – a wager on the outcome of all three dice matching also called Triple(s).

Betting Limits – the amounts one can wager from the least to the highest.

Big – a bet on the assumption that the outcome will be between seven and eleven.

Cage – a container used to shake the dice in before they are rolled, also can be Cup or Shaker.

Combination Bet – a wager based on the prediction that 2 out of the three dice will match two of the numbers the player set, also known as Two Faces.

Dice Face – a wager on the prediction that one of the dice will show a certain number.

Even – a wager on the outcome of an even number total.

Layout – marks on the Sic Bo table that indicate where the bets must be placed.

Lose On Any Triple – a Sic Bo rule that a Big or Small bet loses on a triple match outcome.

Odd – a wager based on the outcome of the dice being an odd number.

Re-Bet – a bet or to bet the same as before.

Small – a wager on the dice outcome being between four and ten.

Spin – to shake/move the cage, cup or shaker before rolling the dice.

Three Dice Total – a wager based on the total value outcome of all three dice.

Three Single Number Combination – a bet on all of the three dice showing three specific numbers.

What exactly is Sic Bo?

Sic Bo is a gambling game in which players bet on the outcome or result of three rolled dice. The game is believed to have originated among the Chinese and traveled around the world with very little modification.

What do I need to start playing Online Sic Bo?

First, you need to make sure you have a computer or laptop with reliable internet connection. Then select a good Online Casino to play at (take a look at ours, we have reviewed them for quality and safety). Continue to sign up a new account on the casino website and choose whether to play for free or for real money. If you choose to play for real money, then make your real money deposit into your casino account and start wagering on your favorite online Sic Bo game.

Is Sic Bo available as a free game online?

Yes, it is. Online Casinos today can offer gamers the opportunity to play their adored games like Online Sic Bo for free without risking any of their hard-earned cash. This is frequently called Free Play or Guest Play on the online casino sites. This option allows you to master the games as much as it is possible before betting with and for real money. Remember, it is free so that no real winnings can be claimed.

Are there strategies to playing Sic Bo better?

Yes, there are ways to make your online Sic Bo gaming experience as comfortable as possible. We recommend that you start by going for low-risk betting options in the beginning, like Big or Small. As you progress, mix these with high-risk options to maximize wins while improving your winning potential. Also, learn about and use Progressive Betting Strategies as time progresses. These also help minimize losses.

Which Betting Options pay out the most?

The betting options that pay out the most are those who carry the most risk since they are less likely to happen. These include Three of a Kind/ Specific Triple and Three Single Number Combination which pay out on ratios of 150:1 to 180:1 and 30:1 respectively.

Which are my Online Sic Bo low-risk betting options?

These are the opposite of high-risk options; they carry much less risk of losing because there are greater chances of you, the player, getting the roll right. So it is easier to win when betting on these. They include Big and Small, and Odd or Even, and their payout ratio is 1:1.