Every gamer knows where to turn to for a lottery-type of casino game, Bingo. Bingo and Online Bingo work by matching your numbers on the cards to the numbers called out or shown on the board. The caller announces randomly selected numbers, and you, the player, tick off each equal number and square on your card to see if you got the lucky combination. The player who ticks of the corresponding numbers and squares first is the winner. 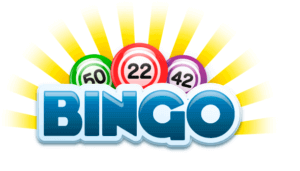 The game of Bingo has come down from many centuries and transitions to what it is today, and yet it also remained relatively the same. The earliest known time in its history is the year 1530 when its Italian predecessor “Lo Giuoco del Lotto D’Italia” was famous. This game is still played today in Italy, especially on Saturdays. The game then made its way from Italy to France around 1778, going by the name “Le Lotto.” The Germans also picked up the game somewhere in the 1800s, although for them it was a children’s teaching aid in mathematics, spelling and animal names. 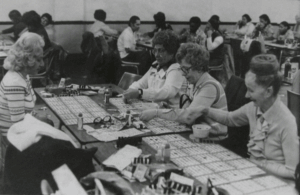 The game reached America soon enough. This was after Hugh Ward introduced and standardised the game at carnivals around Pennsylvania and Pittsburgh in the 1920s. It was called “Beano” then. In 1929, however, after Edwin S. Lowe, a toy salesperson from New York supposedly overheard his friend mistakenly yell “bingo” instead of “beano,” he renamed it. He also hired Carl Leffler, a University mathematician to increase its number combination, and influenced today’s Bingo game.

Bingo even made it to Catholic churches, being used as a form of a fundraiser, an idea born by a Pennsylvania Catholic priest. Thanks to this, the game’s popularity boomed even more. It is estimated that 10, 000 were played every week in 1934. Today millions are spent on the game, thanks to the arrival of online gaming technology, giving birth to online bingo.

Online Bingo is very much the same as traditional Bingo, the main difference being that Online Bingo is the virtual version of the game that can be played from home on an internet-enabled computer. The playing objective is still the same. Be the first player to mark off the matching numbers and five squares on the bingo card to those of the caller.

The Online Bingo card is demarcated with five boxes/squares on five columns and five rows. Each column is given a letter, and together they spell ‘BINGO.’ Each square, except the middle one, has a number on it, usually ranging from 1 to 75. The middle square is called Free or Free Space, which is considered to be filled automatically. To win, you need to complete the card by row, column or in a diagonal pattern. 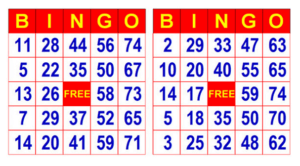 As you have probably guessed already, Bingo is a game of luck and chance, like any other casino game. However, there is still room for you to play Online Bingo in a way that could enhance your chances or your gaming experience if nothing else.

At the beginning of your gaming journey is the Australian online casino you play at. Make certain that you choose wisely, it is your money you are risking after all. Our casinos have been checked for fairness and reliability.

Before you start betting with your money, ensure that you are comfortable playing Online Bingo. That is, bet on it when you have had some level of experience with it at least. If not, give the free version of the game a few rounds first. Our online casinos offer Free Play.

Have a bankroll strategy

Decide on the amount of money that you are willing to risk on the game before starting to wager. Be sure to stick to it too.

Just as important, designate a definite time frame for your online bingo play. Playing without a set period may only encourage you to overspend and lose control over your game. Setting time will give you better discipline.

Select your online Bingo game according to what you can afford to spend on it. To do this, look at what the limit on the card number per round is. This way you don’t get trapped playing a game with big spenders or High Rollers who can play more cards at a time than you can.

Know your Bingo lingo. Play with some understanding by getting familiar with these Online Bingo terms.

Admissions: a term used to refer to being accepted to play a bingo game.

Basket Bingo: a version of bingo where the winning prizes are in “baskets.”

Bingo Board: a bingo display screen used to show the drawn numbers.
Blackout: In some games of bingo, the player can be required to fill an entire card before calling a winner. These games are known as blackout games.

Buy-In: is buying the Bingo card so as to commence the game.

Caller: the person who ‘calls’ out the numbers that have been drawn in a bingo game.

Chat Room/Box: a platform for Bingo player to communicate.

Coverall: (also called Blackout) jackpot bingo game where you must cover all the numbers on the card within a particular number of calls.

Dauber: a unique bingo pen used to mark off the numbers on the card as they are called.

Early Bird Game: a Bingo game that begins earlier than the set time.

Eyes Down: a phrase signalling the start of a Bingo game.
Four Corners: a game requiring you to cover all four of the corner numbers to win.

Full House: a term used to refer to a card with all numbers filled in.
Game Room: when online players are sectioned into ‘game rooms’ to participate.
Jackpot: a huge prize on a bingo game for tougher patterns. It may be fixed or progressive.
Minimum buy-in: the smallest amount you must spend on the game to be able to play.

Money Ball: a bonus number/ball which the player draws before the game begins. If that number is hit, the game doubles the player’s winnings.

Progressive Jackpot: an accumulative jackpot. It increases with every bet players make.

Rainbow Pack: a pack of papers allowing you to play for four or more prizes categories at the same time.

Wrap Up: the very last game of an Online Bingo session.

What Exactly Is Online Bingo And How Is It Related To The Usual Bingo Game?

Online Bingo is the virtual remake of Casino Bingo. Everything else about the two games is the same except Online Bingo can be played from home on your computer, and you may be the only player at a time.

Am I able to play Online Bingo for Free?

Certainly.  It may have been a not-so-easy thing to do before, but in recent years things have changed for the better. Online Free Play allows you to enjoy your games without spending anything on them. Of course, this also means you do not win any real cash, but Free Play is a fantastic way to learn new games, refine your gaming skills or familiarize yourself with the online casino.

Can I play Online Bingo for real money?

How Is Online Bingo Played?

Online Bingo, like regular Bingo, is played with a bingo card, which is sectioned into boxes, five by 5. Each box has a number in it, and the game progresses by listening for the numbers being called out by the caller and marking the matching ones off your card. Your aim with this is to fill in all the numbers matching with the ones that have been drawn.

Is Online Bingo Fair? How can I be sure?

The easiest way to tell if any casino game is fair is to determine if the online casino itself is safe, fair and trustworthy. To do this, check out the casino’s license details, for instance, when was its license issued and by which Gaming Control Board? Also look for certification of approval. Some of our casinos are regulated and given the seal off approval by eCOGRA and licensed by the Lotteries and Gaming Authority of Malta.

Does Online Bingo Have Varieties?

Yes, Online Bingo is available in several different varieties. These include 90 Ball Bingo, 75 Ball Bingo and 75 Ball Variant Bingo. American Bingo is the probably the most famous. It is played with 75 numbers and a 5×5 card. 90 Ball Bingo is a 9×3 tickets game; the others are similar with one being slightly different from the other.