Online Baccarat is a card-based casino game with three main variants played across the world. The three main variations are Punto Banco, Baccarat Chemin de fer, and Baccarat Banque. Online and traditional baccarat have become highly attractive games to high roller gamblers because of the extremely low house edge. Few casino games can match the thrill and excitement of baccarat. The advent of online casinos has made it possible for casino players, from all over the world to enjoy baccarat games from the comfort of their home. 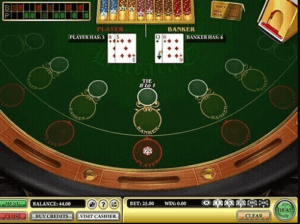 On this page, we take a look at the history of baccarat, how it is traditionally played, and guide players to the best online baccarat games.

Online Baccarat is a card game where players compete to get the winning hand. A hand consists of two or three playing cards. The winning hand will be the one that has a total value of nine, or is the closest to nine, based on the predetermined value of each card. Players do not have to bet on the outcome of their hand but can bet on the hand they think will win.

How the cards are dealt in a game of baccarat may be determined by the variant being played, though the rules remain virtually the same across all the main versions of the game. Punto Banco is simply a game of chance, whereas Chemin de fer and Baccarat Banque allow players to affect the outcome of a hand a little more.

The History of Baccarat 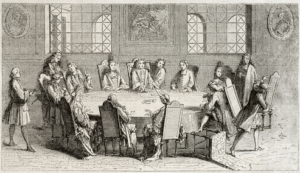 The exact origin of baccarat is yet to be determined; it is believed to have been devised by Felix Falguiere around 1480. He based the game on an ancient Etruscan ritual and used tarot cards to turn it into a wagering game.  The name comes from an Italian slang word that means zero, based on the many possible hands that can add up to zero.

Baccarat Travels to the World

Baccarat was popularised in France after it made its way there from Italy. The game took nearly 500 years to become popular, with participation skyrocketing in the late 1800s and early 1900s. Since then it has become a staple at any casino, and a favourite amongst high rollers, who play the game in private rooms at casinos.

Chemin de fer remains the most popular version of baccarat in Europe, though Punto Banco gained enormous support in England, and made its way to the USA from there.

The game was further popularised and brought into mainstream culture by the 1953 James Bond book Casino Royale. The book described the Chemin de fer variation as Bond’s favourite casino game.

The Rules of Online Baccarat

Online Baccarat is similar to traditional baccarat, with the exception that players don’t wager against other players, but only against the house, which is called the banker in baccarat. Two hands are represented on screen after the cards have been dealt. Just like traditional baccarat, players bet on which hand they think will win, or they can bet on there being a tie.

With all baccarat games, there are only three possible outcomes – the player wins, the banker wins, or it’s a tie. Players do not have to wager on their hand, but rather wager on the hand they think will win. The winning hand is the one that is closest to nine.

All the cards in a deck have different values and add up in different ways. Below we take a look at the rules of online baccarat, which are applicable on all three variants, the value of each card in the deck, and how the totals are added up.

The worst possible hand in a game of baccarat is zero and is called ‘baccarat.’ Six decks are used and reshuffled after each hand is dealt. The player’s hand is dealt first.

If the banker’s hand, also comprised of the first two card they are dealt, adds up to zero, one, or two, they are dealt another card. This varies greatly depending on the variation of the game being played.

The value of each card, no matter what suit, is determined as:

The Jokers are removed from the pack and aren’t used in play.

The total value of the hand is calculated by counting the value of all of the cards dealt. However, if the total of a hand adds up to ten or more, the first digit of the total is removed. For example:

The Variations of Traditional Baccarat

The most popular version of baccarat, both in England and the United States of America. Punto Banco is purely a game of chance. There are no optional plays, and the playing cards are all dealt according to the fixed rules. Modern games of Punto Banco allow players to bet on a tie, called egalité.

The main variation that Punto Banco has is how the banker’s cards are dealt. The bankers draw determined by the player’s hand.

So, if the bank has a zero, one, or two, the bank will draw another card regardless of the player’s total. The rest of the draws are determined as:

*The banker only draws if the player’s total of six or seven is reached after they drew three cards.

A version of baccarat that was popular in France. Chemin de fer requires at least six players to participate. Any number of players may bet against the banker in this variant.

This version of baccarat was popularised by the 1953 James Bond novel Casino Royale.

Baccarat Banque varies from Chemin de fer and Punto Banco and is played on a specially designed table. That is thin in the middle, and players sit on either end of the table.

In Baccarat Banque, players cannot wager on the banker’s hand, only on their own and on other players’ hands. Players can wager on hands on any side of the table, a move called ‘playing across the line.’

The Variations of Online Baccarat 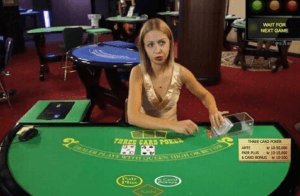 Microgaming, the industry leader in online casino games, has three different online baccarat games available for internet gambling players to enjoy. These are: 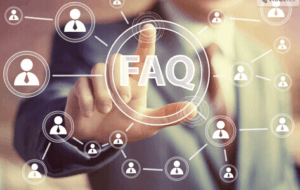 Do I have to bet on my hand?

No. Players can bet on the outcome of their hand, another player’s, or the banker’s hand, depending on the variant of the game. It is up to the player to decide which hand they think will win the round.

Do I have to bet on each hand/round?

Yes. Unlike in poker, players do not fold. Bets are placed on each round of cards that are dealt. Most online casinos have a minimum bet, making it the go-to game for high rollers.

Can I bet with and win real money with online baccarat?

Most. Players can bet with and win real money at all the online casinos featured on Jackpots Casino. Most casinos also allow for free play, so that a player can test out a game for free before the make any wagers.

Are online baccarat games available across the world?

Yes. All the games listed on online casinos featured on Jackpots Casino are available for players across the world to enjoy.

What is the house advantage in online baccarat?

Do bets on a banker’s hand pay the same?