According to BBC, Swiss voters have voted above rates. The legislation is approved by Parliament to authorize certified Swiss online casinos. However, the internet access providers will block all foreign wagering sites. 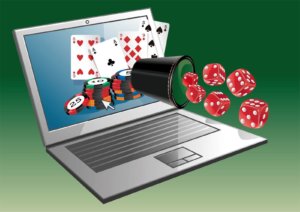 The new Gambling Act has won the support of 72.9% of electorates. This is according to last results, despite the accusations that the law takes full control of online censorship.

The law will take effect in 2019, moreover, it is going to be one of the strictest acts in Europe. It will only allow Swiss-certified casinos and gaming providers to provide gambling services. The government is trying by all means to tackle gambling addiction.

Both houses of parliament agreed to pass the legislation. Simonetta Sommaruga, Swiss Justice Minister has argued that the bans are essential to ensure obedience to the nation’s laws on gambling. Known addicts are also going to be blocked from engaging in online gambling.

The minister also said that Switzerland gamblers pour close to 250 million francs into foreign gaming sites. The government is losing a lot of money due to no in-country taxes and it doesn’t contribute to anti-gambling programs.

Those who are against the blocking of foreign gambling sites said that the government could have offered incentives to businesses that agree to be taxed. In addition, they also think that the referendum on the issue was being driven largely by big money from Swiss casinos. Those who stand to cash in big time from the prohibition on using the internet to place bets with their competitors.

Voters also rejected a law called the Sovereign Money Initiative according to per the BBC. Supporters branded the measure as reigning in the highly unstable world of global finance.