South African Premier Soccer League champions, Mamelodi Sundowns have been granted permission to have a friendly match against the champions of Spain. This is one of the most anticipated matches not to be missed. History is about to be made on the16th of May 2018 at FNB Stadium, South Africa. Yes, The Brazilians will be taking on Barcelona.

Premier Soccer league reckons that the request from “Bafana Ba Style” (boys with style) was unexpected and the match will form part of the Nelson Mandela Centenary merriments. 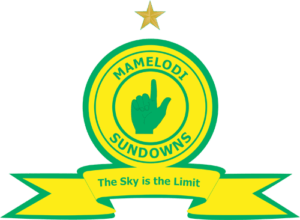 The Eight-time Absa Premiership champions, Mamelodi Sundowns, announced the good news on their Twitter account. The yellow team announced that they will host Barcelona who sealed their 25th La Liga title in the past week. The team will be going face to face in days’ time.

Ernesto Valverde’s Barcelona has only four league games left to complete despite wrapping up the Spanish championship. On the next Sunday, the Spanish team will go against Real Madrid at Camp Nou. The match will take place at 8.45pm South African time.

Barcelona is keen to put one over their old rivals as Madrid is in the Champions League final. After the El Clasico match, Barcelona will face Villarreal on Wednesday, the 9th of May and go head to head with Levante on Sunday the 13th.

The exact time the match will start has not been confirmed yet. However, Barca will jet to South Africa to face the PSL champions after their match on the 13th. It is also not confirmed if the most famous Barca players like Lionel Messi, Philippe Coutinho, and Luis Suarez will take part. This is due to the World Cup coming next month.

This is going to be one match to remember. There will be players like Percy Tau, Hlompho Kekana and Khama Billiat in the match. Do not miss out!