There have been talks that McGregor will not win. Punters have placed their bets already, putting their money on Mayweather. It is going to be a big game and a great one to match for that matter. The fight is days away, and gamblers are wagering. 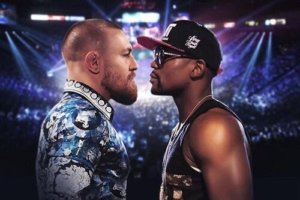 Who are you betting on?

Connor McGregor is an Irish street fighter and has certainly made a name for himself over the years. Floyd Mayweather is a well-known American boxer and hails from a family of boxers – the sport runs in his blood.

The game’s odds were released last year November. The chances of winning $9 or $10 for a dollar bet on McGregor was seen as greater than betting a large amount to win less on Floyd. McGregor’s money started coming in and went down to as low as 3½-1. 89 percent of Dave Mason book’s bets have been on McGregor.

Everyone should keep in mind that this coming match is not a normal fight but everyone is excited about the match. This fight has gotten media coverage from all sides making it the most, and best match to look out for. This type of fight attracts casual bettors. Most people who don’t even watch boxing are also taking their chances on this match.

The McGregor movement looks like it is driven mostly by smaller stake players. Players will need to bet big to win big on Floyd. Large bets are placed on Mayweather. The two fighters are respected and gamblers that believe McGregor stands a chance at winning, do so just to get Floyd upset.

Bookmakers expect the odds to strike back as the fight approaches. Gamblers see an opportunity to place their bet on Mayweather with a good price. This is one fight that you can’t afford to miss. Place your bets, and you might never know, luck may be on your side.